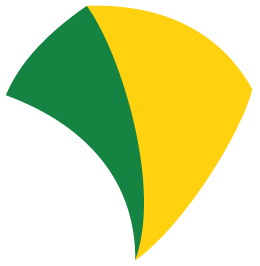 Most people jailed for drug trafficking in Brazil airport are foreigners

A survey shows that 73.8% of drug trafficking offenders caught in

A survey conducted by federal court officials and members of Brazil's Federal Defender's Office, presented Monday (Aug. 1) at the São Paulo International Airport of Guarulhos (GRU), shows that most people arrested in the premises for drug trafficking were men (63%) and foreigners (73.8%), most notably among them Nigerian, South African, Spanish, and Portuguese nationals.

The study, entitled International Trafficking of Narcotics – the Flow in Brazil's Biggest International Airport, was carried out from December 1999 to December 2013 by random sampling, and was based on 947 criminal cases.

According to Federal Judge Jorge Alberto Araújo, one of the researchers on the team, the survey aimed to learn about those individuals, understand their criminal situation, and use the data to find a way to assist detainees throughout the case, at their possible release, and even after the sentence is served.

One of the measures in progress now is the construction of a hostel for 25 people in Guarulhos, which should serve to receive those who had their situation solved and are still struggling with the paperwork needed to stay in Brazil legally—either working or waiting for the right time to return to their country of origin. The unit is part of the so-called Foreign Defendant Resocialization Program.

The study found that cocaine is found in 97% of drug seizures. Also, the individual average weight reported in people's possession was 3.63 kg. The remaining 3% of drugs collected consisted of ecstasy (1%), heroine (1%), and others (1%).

According to Marcelo Ivo, head of the airport's Federal Police Delegation, seizures increased by over 50% from January to July this year, driving the total confiscated to 1.2 tons—nearly all of the 1.5 tons reported in 2015. He announced that most seizures involve cocaine from Bolivia, Peru, and Colombia, which enters the country by land and is headed for Europe through Africa.

“We've stepped up inspection efforts and we're now backed by more international support. Our biggest challenge is to identify the real owners of the drugs,” Ivo said.


Fonte: Most people jailed for drug trafficking in Brazil airport are foreigners