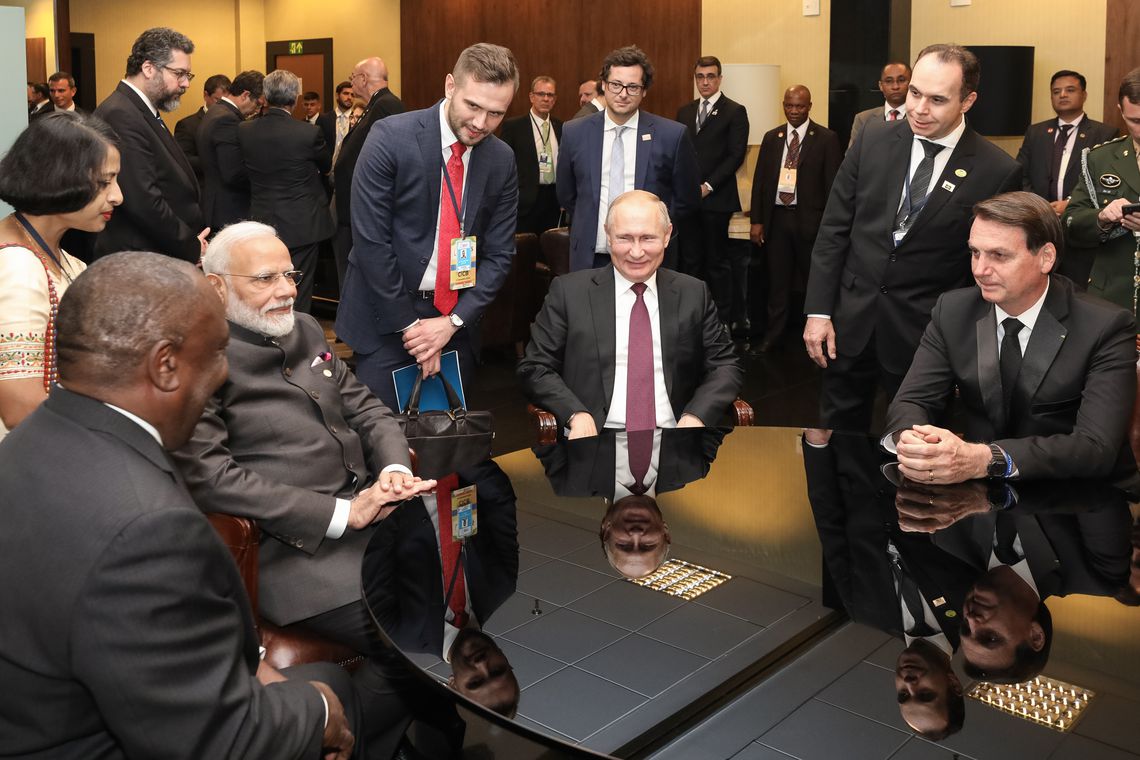 Russia will serve as the group’s pro tempore president

On Thursday (Nov. 14), Brazil handed over to Russia the pro tempore presidency of the bloc formed by Brazil, Russia, China, and South Africa—Brics—after the end of the group’s 11th summit meeting. In the opinion of President Jair Bolsonaro, this year Brazil was able to focus on innovation, guided by the motto “economic growth for an innovative future.”

Innovation, he said, “is key to foster economies’ productivity and competitiveness and promote the development and the welfare of our peoples.”

According to Bolsonaro, the group has sought practical means to ensure the group’s economies are constantly up-to-date in technology, with special reference to the creation of the Brics Innovation Network and the partnership for the New Industrial Revolution.

“Our countries can increase scientific research, stimulate the production of innovative goods and services and better train our professionals,” he pointed out.

In his address at the plenary session in Brasília, Bolsonaro noted the importance of cooperation among the five countries and discussed the main topics debated in the course of the year. “These meetings resulted in a greater mutual knowledge in the identification of opportunities and cooperation and show the vitality and the potential for collaboration between governments and societies,” he said.

The Brazilian president talked about the adoption of a pragmatic perspective in international trade and the signing of deals between agencies directed at boosting trade and investment. In the security arena, Brazil focused its efforts on fighting terrorism and corruption in seminars, work groups, and a meeting on the recovery of assets.

In health care, Bolsonaro prioritized the promotion of breastfeeding and research into tuberculosis, aiming to make medication more affordable. Strides were also made in energy research, satellites, and customs assistance.

In 2020, Russia will assume the pro tempore presidency. According to Russian President Vladimir Putin 150 events have been scheduled at different levels next year and cooperation in international politics is expected to increase in all main areas of interest of member countries.

In Putin’s view, Brics should be more practical in taking action with the United Nations in tackling crucial global issues and the creation of international rules to fight terrorism and transnational crime.

Regarding economic cooperation, Russia is expected to propose the creation of a fund with bonds for Brics and new initiatives in taxes, customs, and antitrust agencies. In health care and science, Putin argued, Russia still wants to promote the Clean Rivers program.

In the view of Indian Prime Minister Nahendra Modi, cooperation within Brics can become more efficient in its efforts to address the challenges posed by the global economy and develop the policies in trade and investment among countries. He advocated the reduction of costs in trade and bank transactions, the continuous promotion of digital economy and communication technology.

Modi suggested summits on water and water security, digital safety and the development of innovations in health care and well-being.

The prime minister also mentioned the role of Brics countries in strengthening their participation with the UN Security Council, the World Trade Organization, and other global agencies. Modi described terrorism as a major global threat, and stood up for the enhancement of anti-terrorism mechanisms.

Chinese President Xi Jinping expressed concern over the increase of protectionism and said that Brics should put multilateralism to practice and the weight of emerging economies in international affairs.

Cyril Ramaphosa, president of South Africa, discussed the country’s interest in increased added value of its goods and the commercial imbalances among member countries. In 2020, he said, a free trade zone in Africa will be opened, covering 54 countries and 1.2 billion people. To his judgment, the area will lead to the creation of new markets, which may come as advantageous for the bloc.

At the end of the sitting, the heads of state approved the Brasília Declaration, which reflects the vision of the Brics regarding the need for reforming the multilateral system, the importance of strengthening the international economic and financial architecture, tack