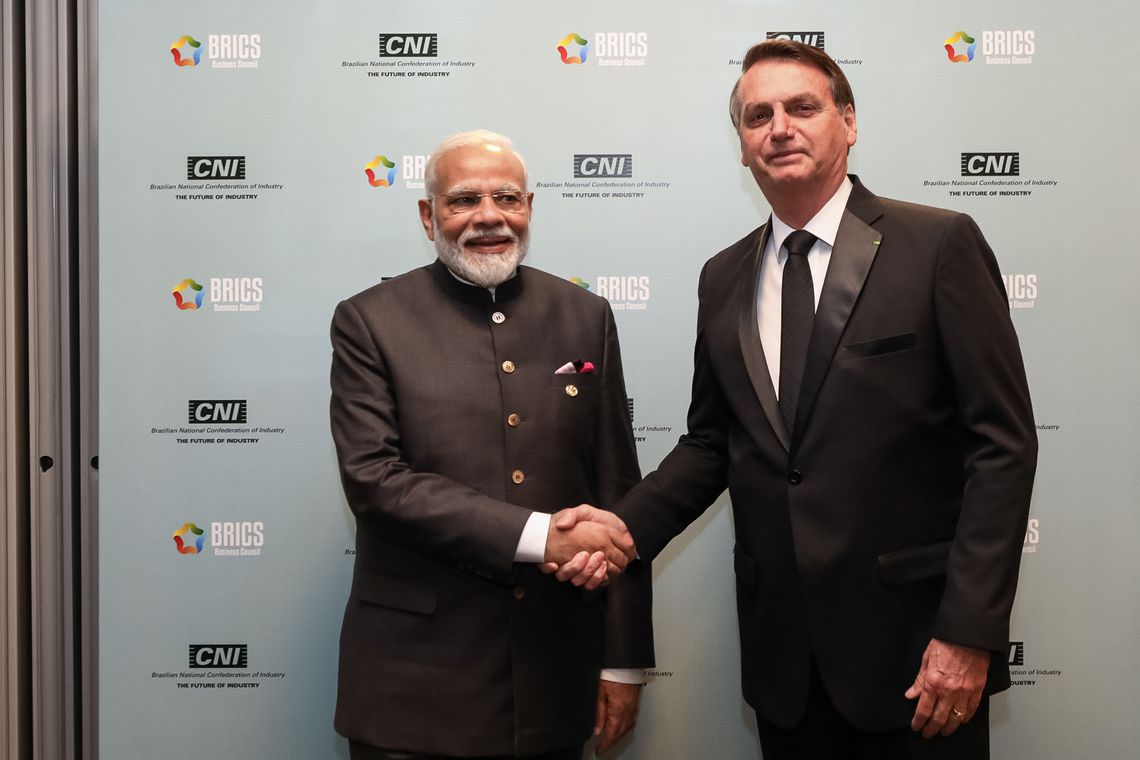 President Bolsonaro confirmed a visit to New Delhi in January

Brazilian President Jair Bolsonaro and Indian Prime Minister Narendra Modi talked Wednesday (Nov. 13) about Brazil’s interest in deepening cooperation between the two countries in such areas as biofuels, and science and technology. The bilateral meeting was held at the Planalto presidential palace, seat of the Brazilian government, during Modi’s visit for the 11th Brics summit meeting.

During the 25-minute assembly, the two leaders discussed new commercial understandings between Brazil and India. On the occasion, Bolsonaro pledged to accept the invitation to attend the celebrations of India’s Republic Day, on January 26, 2020.

According to the president’s press agents, Modi stressed India’s interest in bolstering cooperation with Brazil. He expressed particular interest in food processing, agriculture, and cattle ranching.

“The Brazilian president agreed with Prime Minister Modi on the great potential of bilateral cooperation and expressed his desire to strengthen the strategic partnership between India and Brazil. He mentioned it is key to plan parallel activities to bring the private sector in both countries closer together,” the Brazilian government’s press office reported.