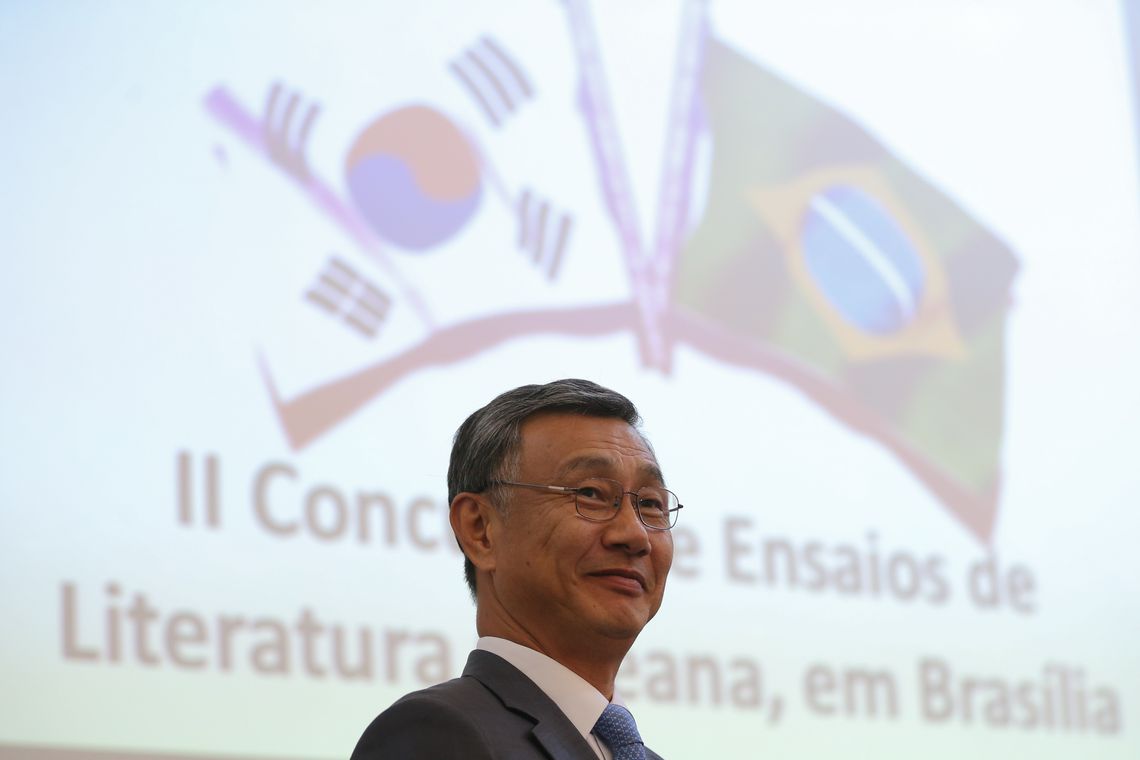 A major grain, energy, and meat producer in the global market, Brazil could become a strategic ally of South Korea, making the Asian nation less dependent on Japan, Russia, the US, and China. This has been the argument of Jeong Gwan Lee, Korea’s ambassador to Brazil from 2015 to 2018.

Jeong Gwan Lee currently lives in Seoul, where he teaches international relations with a focus on emerging countries, like Brazil. As an ambassador and a scholar, he raises relevant issues on how South Korea’s ties with other nations may bring Korea to a better position on the global stage and mitigate its vulnerabilities.

A move that aggravated the vulnerability of South Korean industry was Japan’s recent decision to remove South Korea from its “white list” of countries exempt from procedures required for the acquisition of hundreds of Japanese technological components seen as crucial for the production of state-of-the-art Korean goods. This did not please the South Korean government, which strove for a deal with Japan, thus far to no avail.

Jeong Gwan Lee advises the South Korean government and the country’s economic leaders to act cautiously and broaden the range of countries that may bring security to Korea. In this connection, he said, Brazil may become an ally, bearing in mind its key role in agribusiness, which could help Korea cross new thresholds in food security.

Brazil in the eyes of Korea

The former ambassador wrote Brazil in the Eyes of Korea (“한국의 눈으로 본 브라질” in the original). The book, split into three parts, discusses the conditions that could potentially help Brazil become a superpower.

In the first section, the author presents an overview of the experiences lived in Brazil, including political and economic crises in the country during the period he spent in Brazil. In the second part, the professor deals with the challenges facing the development of Brazil. Here, light is cast on the future of Brazil, with a focus on the changes necessary for the country to join the Fourth Industrial Revolution. In the third part, Professor Gwan Lee remembers the dialog between the two countries when both negotiated a plan to forge solid and long-lasting bilateral ties. This exchange marked the beginning of the efforts to approve the Mercosur–South Korea Agreement. In 2020, the Brazilian and Korean governments believe the deal will materialize, which is expected to further stimulate trade between the two countries.

The Korean diplomat said the Brazilian government is in the right direction. It has proved capable, he argued, of slashing spending, tackling its budget deficit, and approving privatization plans and concessions. Jeong Gwan Lee believes these steps may boost the Brazilian economy and set Brazil on track to become a partner of South Korea with a staggering potential.