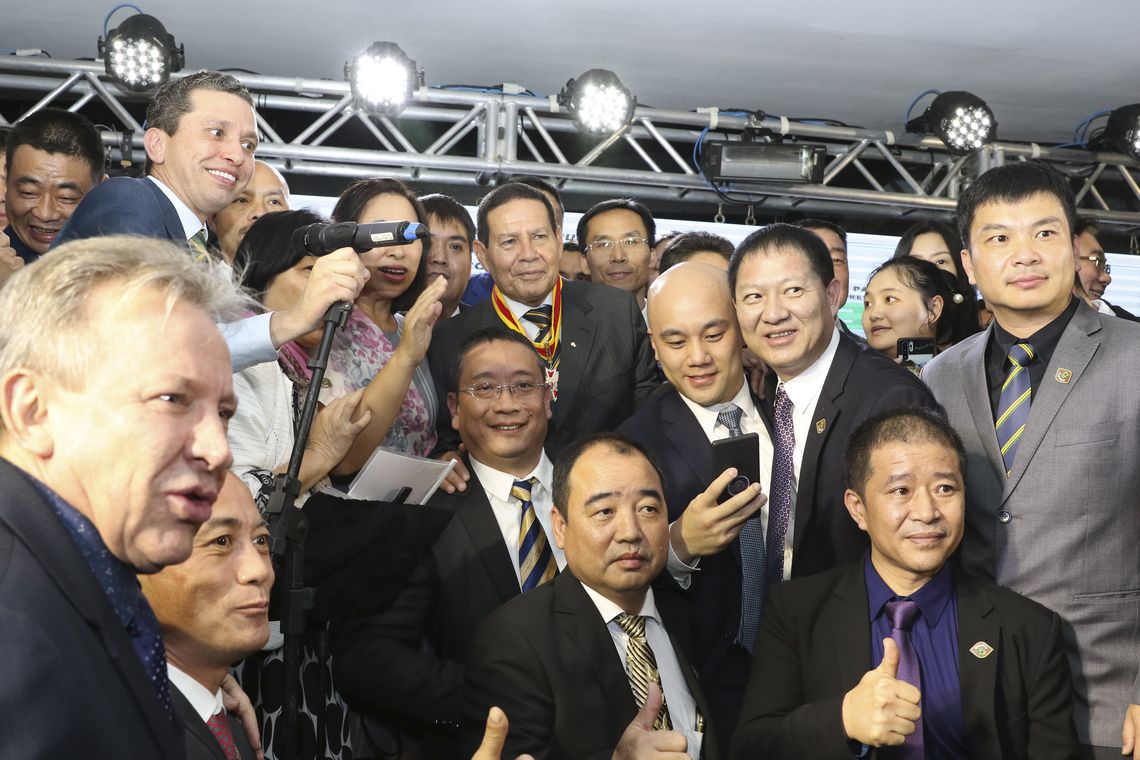 Vice-President Mourão argues for sovereign ties with all nations

General Mourão was honored by the Brazil–China Parliamentary Front

In a dinner provided by the parliamentary fronts of Brazil’s National Congress promoting Brazil–China relations and the Brics, vice-President Hamilton Mourão said that everything the current administration plans to accomplish is “to seek the welfare of the Brazilian population and the consolidation [the country’s] sovereign, flexible, and pragmatic role in the concert of all nations.”

Yesterday’s dinner (Jun 4) was also a tribute from executives and organizations for trade and culture between the two countries in acknowledgment of the efforts of the vice-president to deepen bilateral ties.

“I’d like to make clear that I do not deserve all these tributes. On the contrary. As a soldier, I am simply fulfilling my duty, the duty for which both President Bolsonaro and I were elected last year,” Mourão declared.

Congressman Fausto Pinato, chair of the Parliamentary Front, said that the tribute to Mourão is just one of the stages in the process of strengthening Brazil–China relations. Next September, he noted, President Jair Bolsonaro will also go on a trip to China. “With Bolsonaro, we are going to repeat the same tribute we paid to General Mourão,” he added.

China has been Brazil’s main trade partner since 2009. The flow of bilateral commerce reached $98.9 billion in 2018. Exports added up to $64.2 billion, whereas imports totaled $34.7 billion.