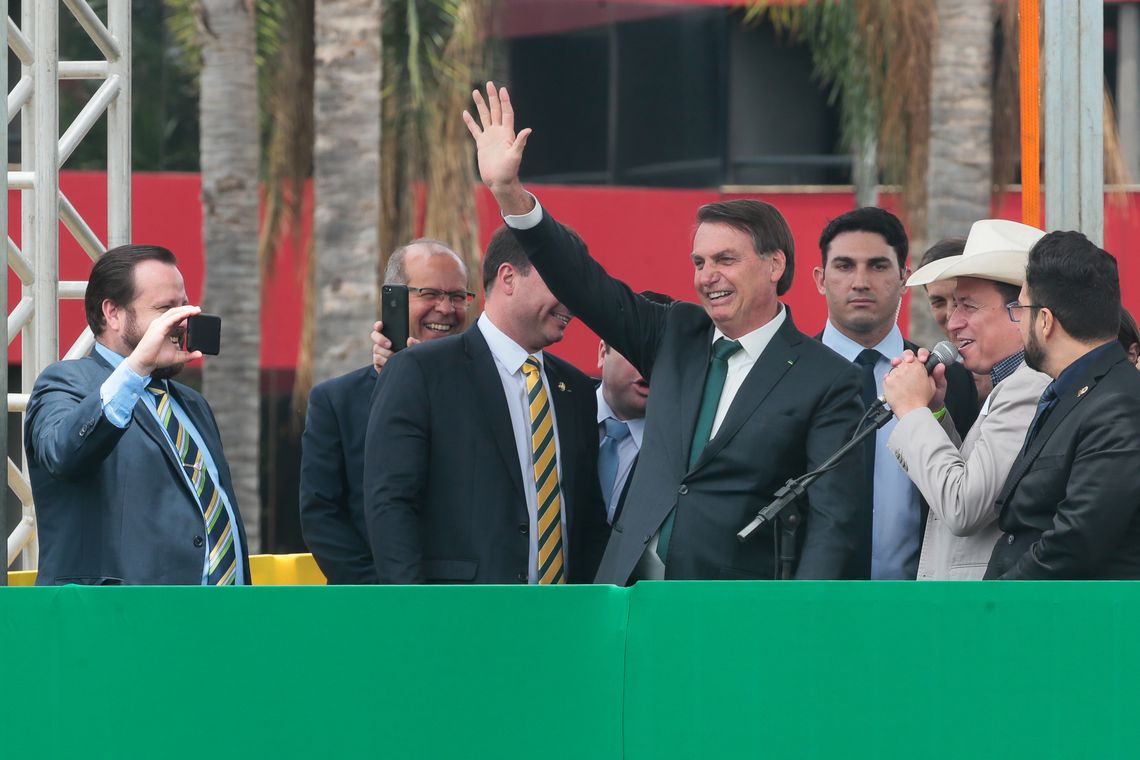 The president is forming his new Alliance for Brazil party

Brazilian President Jair Bolsonaro said Thursday (Nov. 21) that none of his cabinet ministers will join Alliance for Brazil (Aliança pelo Brazil in the original), the political party he is founding. “We’ll have no government participation in the party, and this is to prevent any misinterpretation that I’m using the public apparatus to form a party,” he declared.

The new association, the president said, will follow the legislation. “In my opinion, the party must focus on its legal tasks—to inspect the Executive, present projects, and legislate,” he explained.

Last week, Bolsonaro announced his departure from the PSL (Social Liberal Party), the party that saw him elected president, and the creation of Alliance for Brazil. On Tuesday (19), he signed his exit papers. The PSL has the highest number of lawmakers in the lower house—53 representatives. In the Senate, three PSL members have seats.

A long way to go

The launch ceremony of the new party will be held in Brasília today. However, in order to be officially registered and be allowed to vie for office, 500 thousand signatures must be collected in at least nine states. The signatures must be validates one by one by the Superior Electoral Court, or TSE.

The deadline for the party to be fully registered and run in the 2020 municipal elections is tight—March next year. Bolsonaro expects the electoral authorities to authorize the signature collection to be carried out digitally, or the stage may not be completed until late in 2020.

The president said he is willing to travel the country to help promote the new party.